The Tucson show is the first of the year and was a great success. I have been attending these shows for the past 6 years and this is the largest number of visitors I have seen since I started going to the show. People were purchasing items and I was one of them. I purchased a hand operated grinder used in an assaying office, a roll of fuse chord and an electrical detonator box plate. These items will be going into museums to be placed on display. The blasting box plate is going to a museum at South Pass City, Wyoming to be attached to their blasting box that does not have a label. The picture below shows the plate that will be installed on a detonator box. The actual dimensions are 2 ½” X 3 ½”. 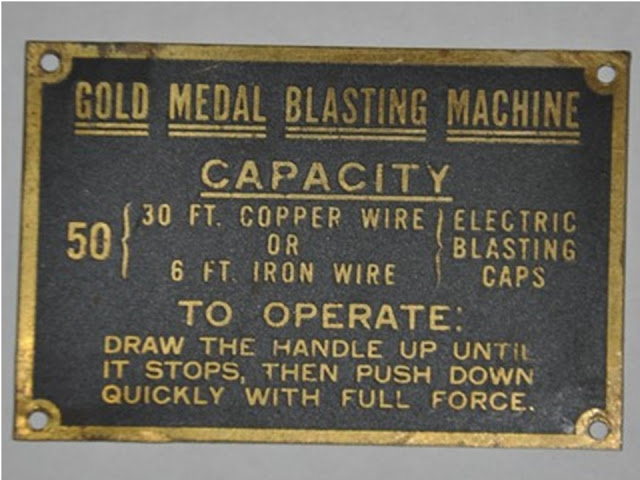 I took the following pictures of the show after it opened on Saturday, February 4, 2017. You can see that the hall was filled and also a noteworthy observation is the number of ladies in attendance. 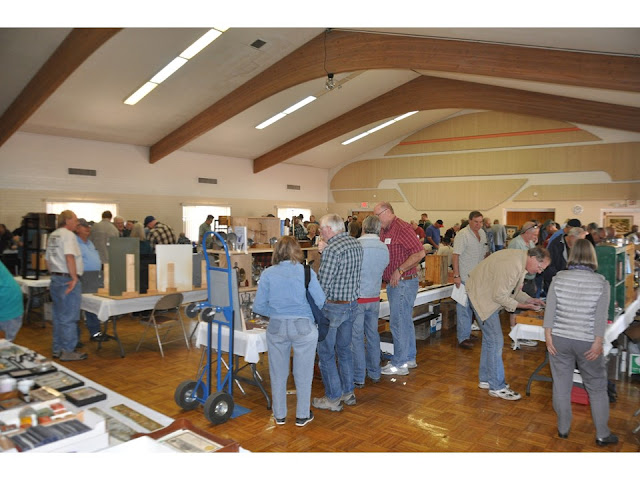 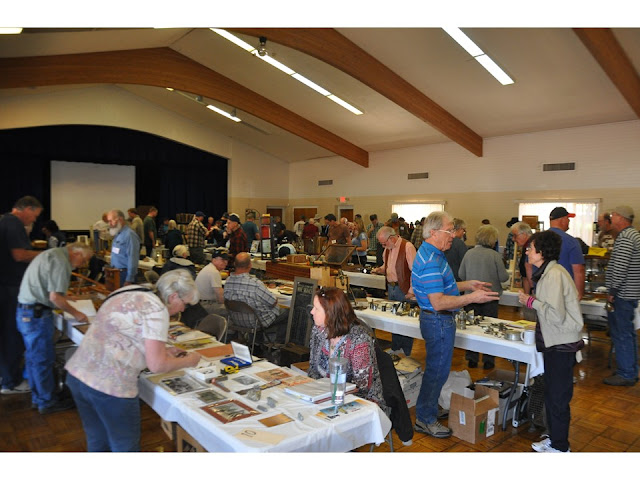 The show generally is not advertised to a great extent, but this year we saw a lot of new faces. It was not just the mining enthusiastic mining artifact collectors as you can see above.

I talked with Tony Moon, the gentleman that runs the show and he said that they had the maximum number of vendors (28) for that venue. He said the diner after was also a great success with (60) in attendance.

CARTER CAVES STATE PARK 2017 5th
Eastern Mining Collectors Association
What: The fourth annual Spring Meet and Show featuring vendors from across the country selling, buying mining artifacts.
Where: at Carter Caves State Resort Park, 344 Caveland Drive in Olive Hill, Kentucky
When: 8:30 a.m. to 4:30 p.m. Saturday, April 1.
How Much: Free and open to the public. There are mining items for sale.
Directions: Take I-64 west from Huntington about 40 minutes to Exit 161, take U.S. 60 east.
Go approximately two miles and turn left on KY 182 north. The park entrance is three miles from the
left turn onto KY 182 north.
CONTACT: For more information visit us on the web at www.guysdropper.com or call Colin Gatland at 937-367-6295.