History The way the story is told is that E Clampus Vitus “Clampers” were organized back during the 1849 Gold Rush. They wanted to develop a fraternity of miners and did not necessarily fit in with the Masons or some of the other “Prim and Proper” organizations back in the day.  They wanted to support the widows of the miners and also imbibe some hard spirits.

Today The organization has taken the format of recognizing historical artifacts and locations with the focus on mining, but not entirely. They have many chapters in California with chapters also in Arizona, Nevada, Oregon and New Mexico. Each chapter will work on at least one major project a year led by the Grand Noble Humbug. He will research the project and develop a plaque commemorating the historical artifact or event that occurred at that location.

Organizational Structure An example of one of the officers in the organization is Keeper of the PBCs. Defined as “A PBCs officer who assists the hangman in preparing PBCs for admittance into Clamperdom.” PBCs are at the complete mercy of the Hangman and Keeper of the PBCs. By the way, a PBC is a Poor Blind Candidate. A person wanting to join the Clampers. 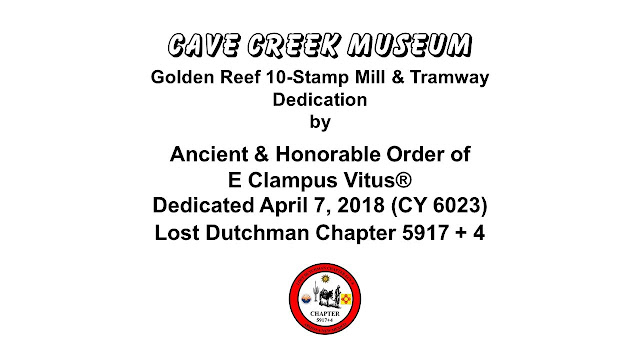 History Gary was educated on the history of the mine and the subsequent restoration of both artifacts. We developed the wording with Gary and he had the plaque made up. They had a plaque made from Granite that was given to the museum during the dedication ceremony.  The monument was constructed of gold bearing quartz from the Golden Reef Mine. 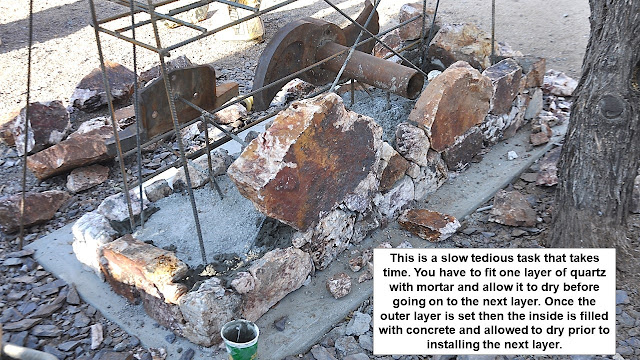 Camping Location Preps The next part of the project was to find a location where we could have a group of about 100 Clampers stay for a weekend. That was a challenging task, but Gary came through when he worked with a local individual that had several acres for the Clampers to stay. They brought their own chuck wagon and facilities since they were pretty much self-sustaining.

Plaque Installation About a month before the event we received the plaque and we constructed a monument to dedicate the plaque presentation. We constructed the monument of local gold bearing quartz and artifacts including a stamp mill cam, tappet and shoe and a stationary cable guide from the tramway.

Ceremony After a year of activity the dedication took place on April 7, 2018. There were actually two activities to be completed during the weekend: The Dedication and the Indoctrination of the (12) PBCs into Clamperdom.  It was a weekend activity with much activity beginning on Friday with the arrival of the group and setup of the camp. Activities started early on Saturday with getting things set up. The dedication started sharply at 10:30 with Gary leading the presentation, then Directors and I took over to present the tramway and the stamp mill. There were about 116 people that participated in the ECV activities and they were all very friendly. The stamp mill and tramway were run and the activities wrapped up at about 12:30. The Clampers returned to their camp and conducted the induction of the PBC “Poor Blind Candidates” into Clamperdom, a private ritual. 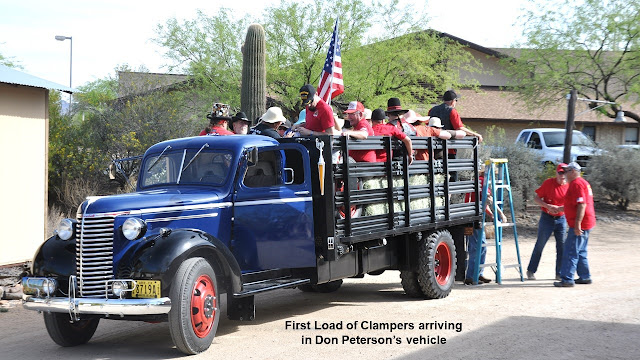 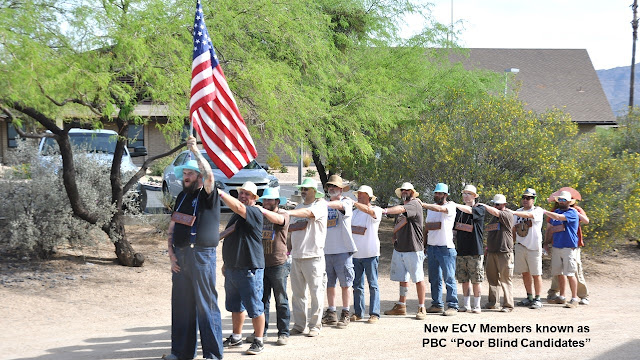 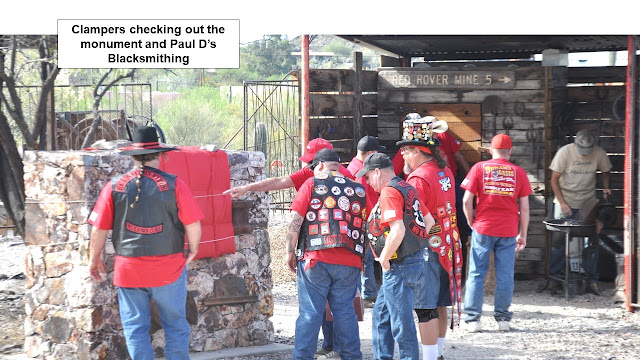 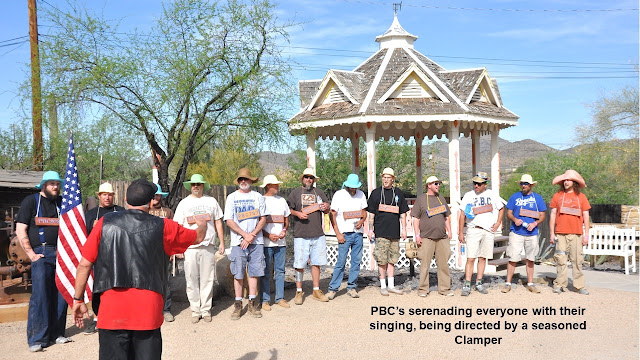 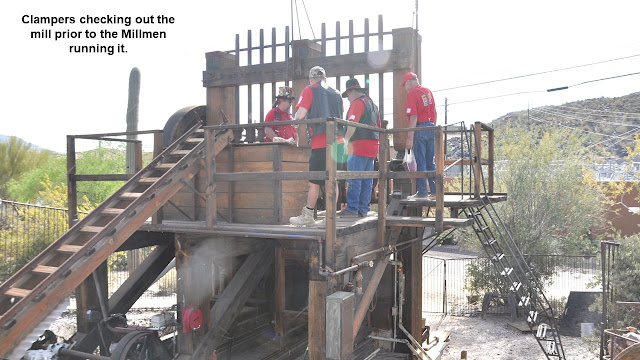 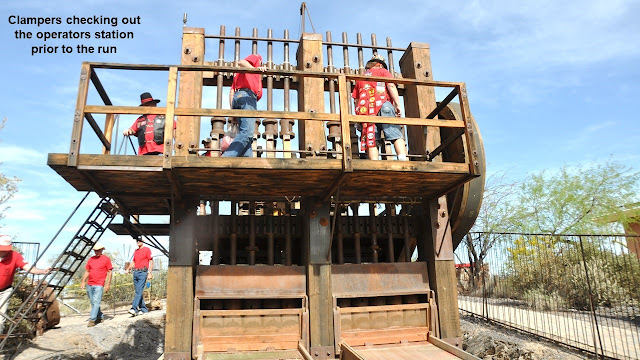 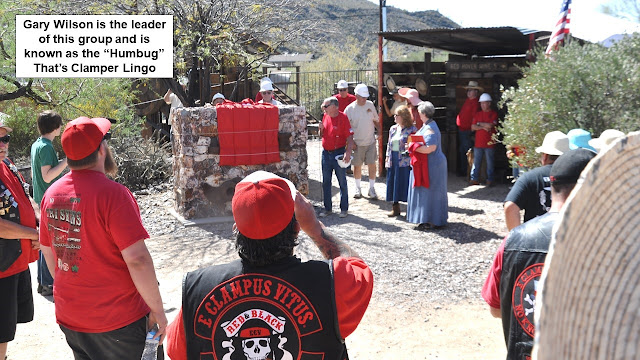 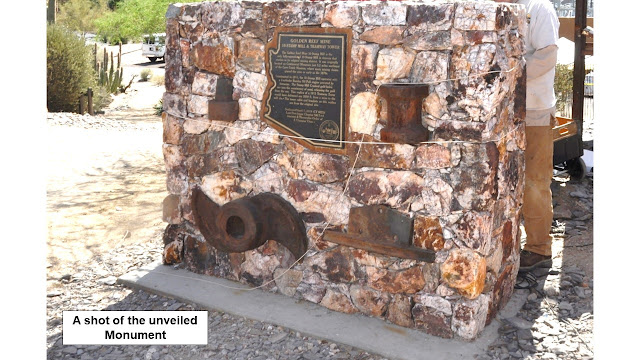 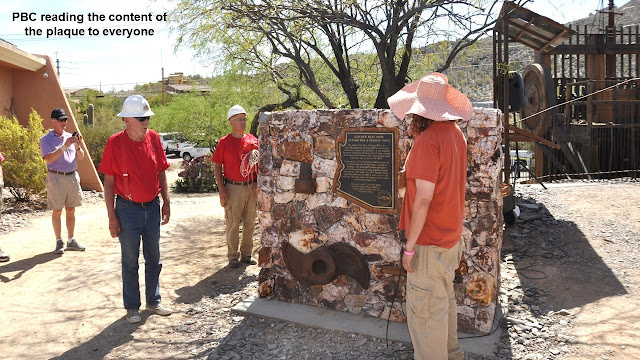 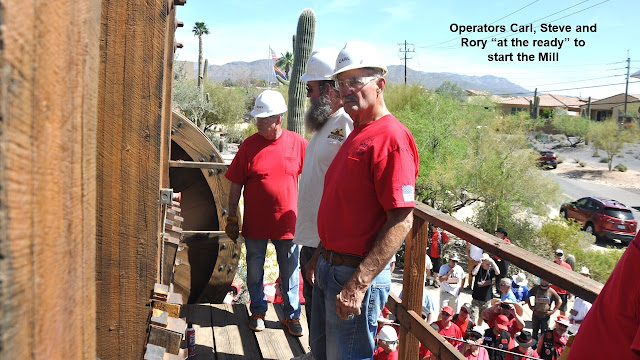 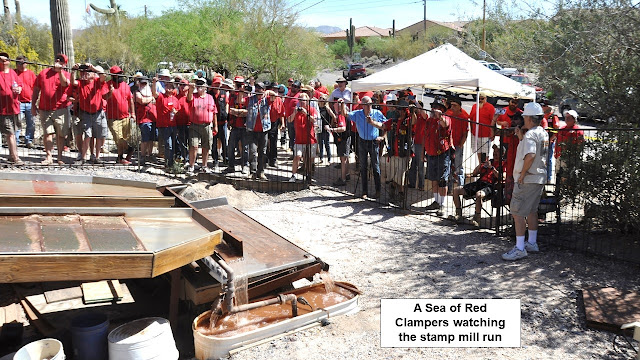 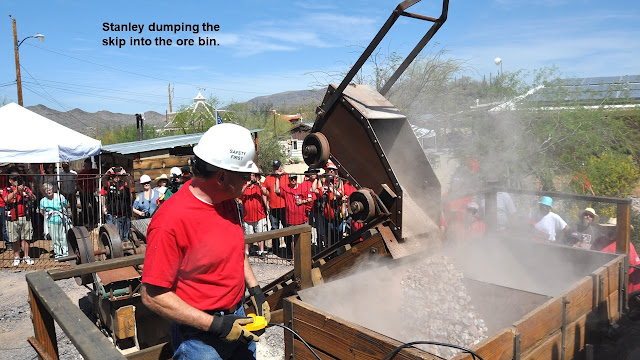 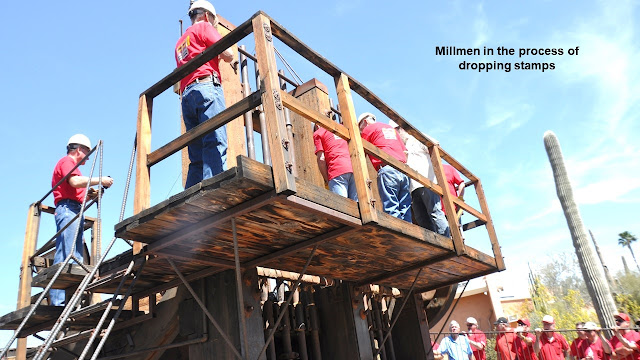 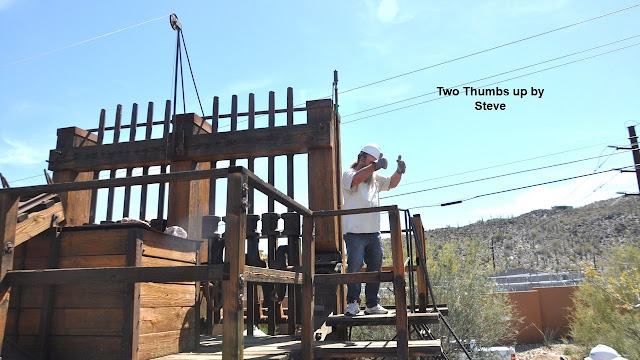 Interest in ECV If you have an interest in getting more information on the ECV you can get on the internet at ecv5917.com.


Posted by Charlie Connell at 9:20 PM